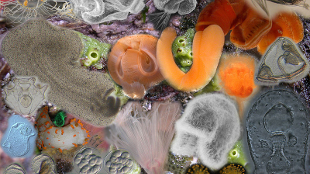 Cranking up the Earth’s temperature may eventually increase biodiversity instead of stifling it, according to a new study published this week in The Proceedings of the National Academies of Science. The new data overturn previous results from the study’s lead author, evolutionary ecologist Peter J. Mayhew of the University of York, and—at first blush—seem to contradict the mass extinctions now accompanying a rise in global temperatures.

Mayhew and his colleagues studied the fossil records of marine invertebrates and found that periods of warmer temperatures over the past 540 million years had the most biodiversity. Unlike Mayhew’s previous study of the same period, which found that rising temperatures reduces biodiversity, the new study controlled for geological eras that have been more thoroughly studied than others, and thus have more fossils on record.

“The improved data give us a more secure picture of the impact of warmer temperatures on marine biodiversity,” Mayhew said in a press release. “[O]verall, warm climates seem to boost biodiversity in the very long run, rather than reducing it.”

Read more at The Scientist