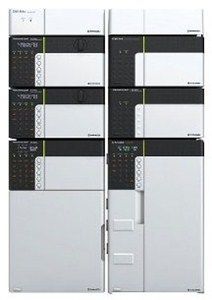 Modular HPLC systems provide versatility in terms of troubleshooting and repair as well as choice of mobile phase (through the ability to swap out columns rapidly). Consequently, some experts predict a decline in the all-in-one instruments that have dominated HPLC for the last two decades. The downside for vendors, says Ms. Kujore, will be higher expectations for customer support.

She suggests that before purchasing a new system, users consider:

The dilemma over HPLC versus UHPLC has not disappeared, despite some vendors declaring the matter settled and a few stragglers insisting that anything that occurs on UHPLC is achievable at five microns or higher.

While column particle diameters of three to five microns still dominate, the lures of high sensitivity, speed, and low sample/injection volumes tug at every chromatographer’s heart. UHPLC involves more complex sample preparation, more frequent maintenance, and a greater attention to detail than conventional LC. Methods do not often transfer faithfully between the platforms. Laboratories— particularly those with legacy HPLC systems and methods— should ask, frankly, whether they have the time and the will to switch over and revalidate all their critical methods.

Finally, some experts, who will remain unnamed due to their dwindling numbers and influence, still believe that anything that occurs on a UHPLC is achievable on an ordinary HPLC.

Bottom line: conventional supra- 2-micron HPLC and UHPLC are both here to stay and are still vying to find their optimal niches.

View our UHPLC category on LabWrench