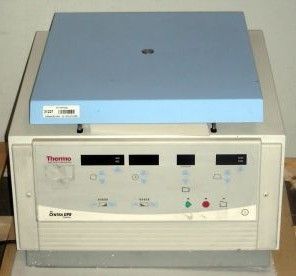 I just got my machine running a few minutes ago after a minor circuit breaker repair. For some reason I keep getting the LID error after running the machine at 3200RPM for a couple minutes. The lid is well secured as far as I can tell.

Any ideas what the reason might be for this message?

I see where I may have allowed some confusion here as well. In the service manual you'll see references at the top of p.38 to J1, and J/P9 and 12. On the circuit board you'll see connectors labelled as J1, J9, J12, etc. The connector on the board is J1 (for example) and the plug that it receives is P1 (Jack and Plug 1). Usually the J/P labelling is reserved for in-line hanging or mounted interconnects, like those on the latch assemblies themselves (J/P9 and 12). On the circuit boards it's usually just J, and the plug is assumed. The labelling convention isn't solid so it differs from manufacturer to manufacturer, and industry to industry. The manual says to disconnect the harness at J1 and measure across the red and violet wires. I was telling you to unplug J1 and measure across the wires, which is a bit contradictory. I should have been more careful to say measure the wires on the plug you removed from J1. Sorry for the rabbit trail.

So, that sounds more like it. Your lid switches are working, and the readings you're getting on the red and violet wires should be the same whether the machine is pugged in or not, or turned on or not. (Just a note, it's always best not to plug/unplug from the board with the machine turned on).

On the sides of those socket pins you pulled out of P1 are little wings that hold the pins in the plug. Make sure the free end is lifted out and the wing is straight before you put the pins back in so they latch, or they'll just work out again. They're a bit fragile so be gentle. Also make sure the socket openings aren't spread apart, so there'll be good connection. Once they're back in, give them a little tug to make sure they're secure. Reconnect everything, plug it in and turn it on.

Now back to U20. If the voltage on pin 10 doesn't change when you open and close the lid, U20 is faulty.

With machine unplugged, and lid open I get the "OL" reading when touching the multimeter to the Violet and Red wires (1 & 2).

With the lid closed, I get some resistance when touching those two wires. I see the display jump to 0.20k ohms before dropping back down to 0.00.

I emailed a few photos for reference.

I don't know what to say to that. By unplugging J1 from the board you have electrically isolated both latches from the rest of the machine. Unless there is a wire inside one of the latches that is pinched so badly that the insulation is broken and a strand of wire is making contact with the housing, while at the same time the same thing has happened with the neutral side of the power line somewhere inside the machine casing.

On my machine both latches have a tab attached to the emergency release arm pivot, where a ground wire could be attached (I'll send a picture to your gmail). Does yours have a wire at either location? The insulation would either be green, or green with a yellow stripe spiralling around it. If there is you could pull it off and see if that changes anything.

My only suggestion other than that is to dismantle the whole machine again and make sure there are no pinched wires anywhere. Sorry to make you go there again, but what you're describing shouldn't be physically possible.

Yes, that is exactly what's happening.

Okay, let me see if I've got a bead on this.

With the machine unplugged and J1 pulled from the board, you get an open circuit (OL) across pins 1 and 2.

With the machine plugged in and J1 pulled from the board, you a short circuit (0) across pins 1 and 2.

I am measuring across pins 1 and 2 of J1 with the harness removed. Should I be measuring the female connectors in the harness itself? Even so, I get no reading.

You should have the machine turned off and J1 unplugged to measure across pins 1 and 2 of the connector you unplugged.

What exactly do you mean by "no reading/resistance"? (sorry, I meant to ask you that on an earlier post but got sidetracked). Are you getting zero ohms with the lid either open or closed, or are you getting "OL" (or however your meter shows an open circuit)? Is there a numeric reading, and does it change when the lid latches?

I've attempted to measure the resistance across pins 1 & 2 on J1 with no luck. When I attempt these measurements with the machine off, my multimeter does not detetct any resistance.

This is ultimately why I thought the interlock assemblies might need to be replaced but that hasn't addressed the issue. I feel like I've come full circle.

Assuming the switches are opening/closing with the lid (J1 pins 1 and 2 as per  p37-38 in the service manual) then yes, U20 is your next step.

Any one of these will work for you:

The link you have above is a surface mount version.

(Optional - you might want to grab a socket too:

If you have cutters that are small enough, cut the body of U20 off the pins first, then heat each pin and pull it out with needle-nose pliers or tweezers, then remove any solder left in the holes with a  vacuum desoldering tool or braid.

Then solder the socket in, then put the new chip in the socket.

If so, would this be a suitable replacement?

Report this Post
You must be Signed in to Reply