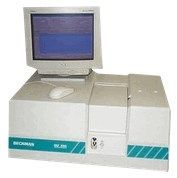 i don't know wether the port on the main board is bad or the mouse. because this is a DB9 mouse port and we don't have this old style mouse to test with.  did any one have a problem like this before?

Trong, The mouse port on the DU600 series specs had a very long history of problems. There were updates to the original series boards and subsequent main boards had the modifications hardwired in. I have no idea which version of the board you have and once I get home I will try to look up the modifications if you have the original board. Rarely did the mouse ever go bad and the problem was usually found on the board itself. Sometimes just cycling the power would clear the problem but only sometimes. I will get back to you on the mods.

thanks Don, we did trie to reboot system many time and check continuety on the mouser cable, but did not fix the problem.

hi Don, i looked at a post 6 years ago and put a jumper on 4&7 but still it doesn't  work. at the end of this post you said you don't remember which pins anymore and will contact someone that may be able to give you this information.

Trong, Same as your centrifuge issue.  I will deal with it when I get home tomorrow afternoon east coast time.  best I can do from where I am now.

Report this Post
You must be Signed in to Reply